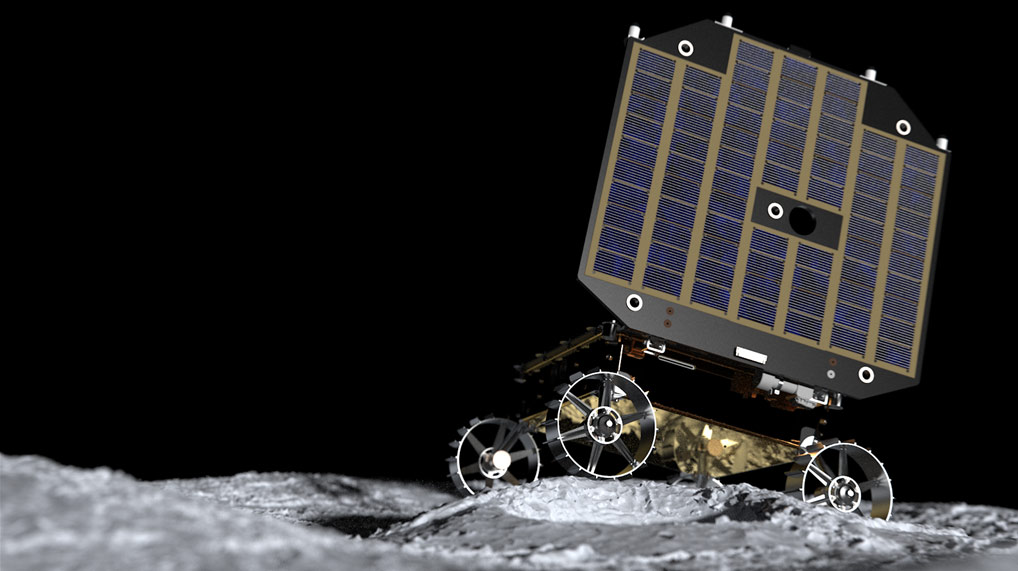 Astrobotic announced today that MoonRanger, an autonomous rover that will explore the lunar South Pole in 2022, passed NASA’s Key Decision Point (KDP) review and is in the final stage of the payload preparation phase, culminating in flight hardware fabrication.

By passing the KDP, Astrobotic, subcontractor Carnegie Mellon University (CMU), and partner NASA’s Ames Research Center in California’s Silicon Valley have proven MoonRanger’s cost, schedule, and technical design are viable. The completion of this milestone is a green light from NASA to continue to delivery.

“MoonRanger will be the first truly autonomous micro-rover on the lunar surface. It is designed to map its surroundings and make intelligent navigational decisions based on what it sees without being guided, supervised, or teleoperated from Earth,” says Joe Zimo, Lead Systems Engineer for Planetary Mobility at Astrobotic.

MoonRanger’s autonomy software will build 3D maps of the lunar surface and demonstrate long-range and communication-denied exploration. Using visual odometry with a stereo camera system and a sun sensor, the rover can independently orient itself on the lunar surface. Its mobility system will provide valuable insight on how lunar regolith affects small rover scale motors.

“MoonRanger is a leap in planetary rover autonomy and miniaturization. As the first micro-rover, it is laying the tracks for the exploration of worlds beyond in the decades to come. MoonRanger is the manifestation of our longstanding vision that robots have an immense future in space and that small is the next big thing,” says Red Whittaker, who is leading MoonRanger’s technological development at CMU.

About the size of a small suitcase, MoonRanger will map the lunar surface using NASA’s Neutron Spectrometer System (NSS). The NSS will search for indications of water ice up to 1 meter beneath the lunar surface and is considered a precursor to NASA’s Volatiles Investigating Polar Exploration Rover (VIPER) and future Artemis missions.

“This is an ambitious mission with a relatively miniscule budget when compared with past rover missions of similar scope. I commend our team for developing such a capable, meaningful system and mission,” says Zimo.

MoonRanger’s next major milestone is a System Integration Review (SIR) around February 2022. After successful completion of SIR, the rover will be fully assembled, tested, and integrated with a lunar lander. MoonRanger will then be delivered to the Moon through the NASA Commercial Lunar Payload Services (CLPS) program in 2023.