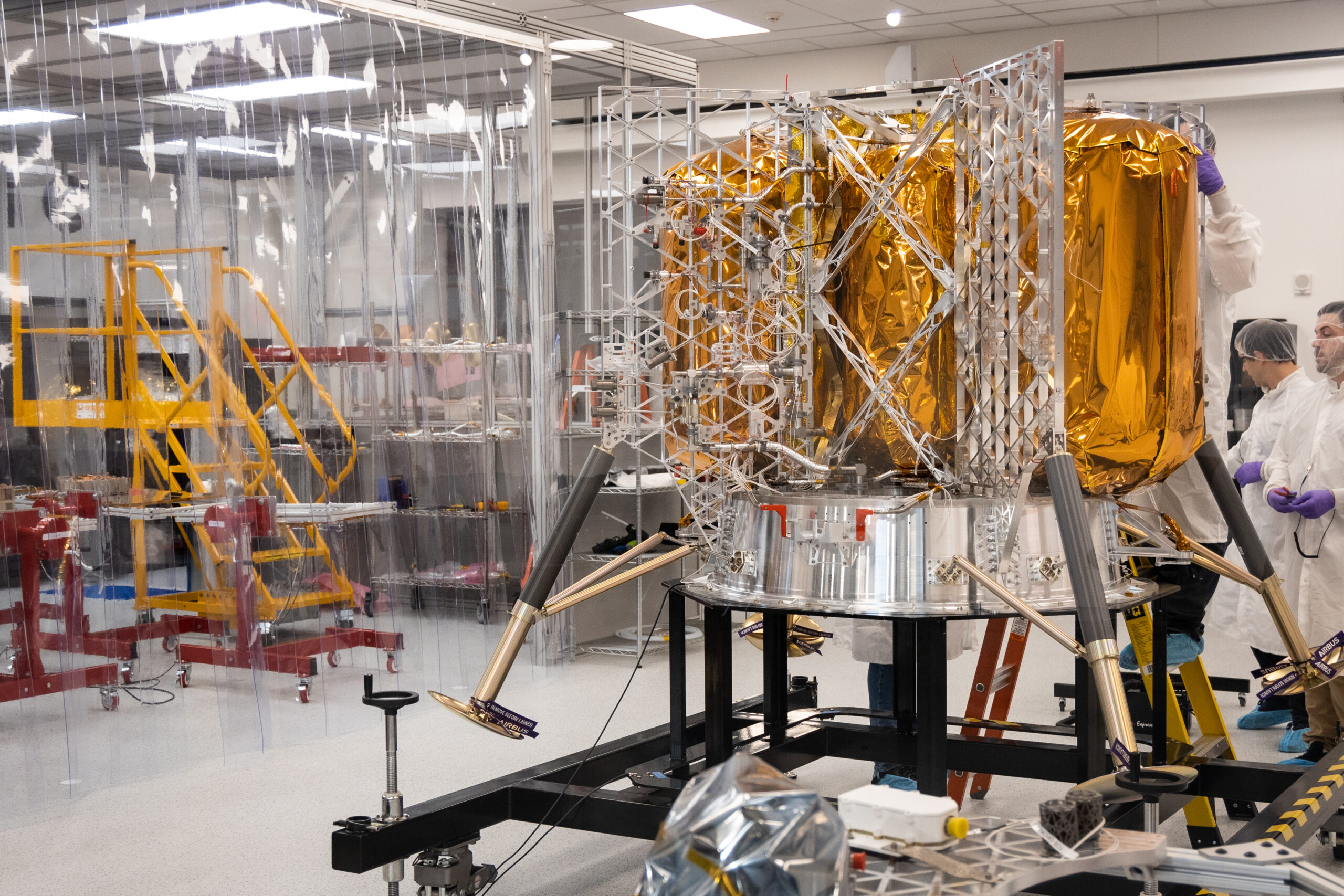 Pittsburgh, PA – April 20, 2022 – Astrobotic unveiled the flight model of its Peregrine lunar lander on Wednesday morning during a visit by top NASA and government officials to the company’s headquarters. The flight model, as opposed to earlier test models, is the version of Peregrine that will actually fly to the Moon on a United Launch Alliance Vulcan Centaur rocket. Its unveiling is a sign of Peregrine’s state of readiness as it moves closer to its launch date, scheduled for the fourth quarter of this year. Peregrine is the first lander in NASA’s Commercial Lunar Payload Services (CLPS) initiative to unveil its flight model, and could become the first American spacecraft to land on the Moon since the Apollo program.

Peregrine’s unveiling took place at Astrobotic’s Pittsburgh, PA, headquarters, an approximately 50,000 square foot state-of-the-art facility dedicated to developing and operating lunar spacecraft. Because the flight model must be kept free of contamination of sensitive spacecraft components, attendees were required to suit up in white coveralls and hairnets to enter the cleanroom where Peregrine is being assembled.

“This lunar lander build is a dream come true,” said John Thornton, CEO of Astrobotic. “This is why our company was founded 15 years ago. It represents the culmination of countless hours over many years by hundreds of people to design and assemble the lander, to create the lunar delivery market, and to establish the facilities and supply chain needed to ensure the success of commercial space missions like Peregrine’s long into the future.”

Also present in the cleanroom were the 24 payloads that Peregrine will be delivering to the lunar surface. These include scientific instruments from three national space agencies – including 11 from NASA alone – a rover from Carnegie Mellon University, several payloads from commercial companies, and cultural messages from individuals around the Earth. The payloads are already integrated onto Peregrine’s flight decks, which are awaiting installation on the greater lander. Once Peregrine’s integration is complete, it will head to spacecraft environmental testing, before being shipped to Cape Canaveral in Florida to begin its final preparations for launch in Q4 2022.